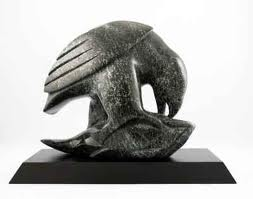 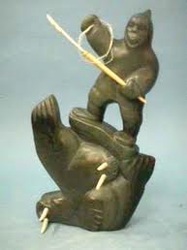 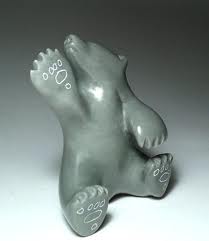 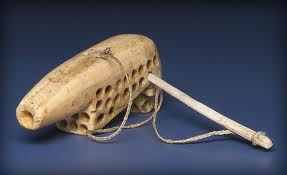 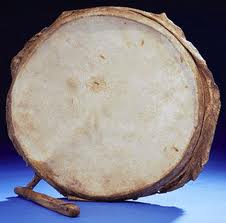 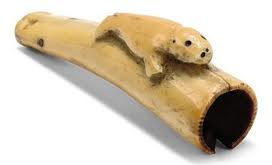 The Inuit have been skilled craftspeople for centuries. They decorated the items by using ivory and skills, some of them painted
wooden masks  used religious ceremonies.
-Jordan Wang
The Inuit’s are very well known for their sculptures and prints; they get their inspiration from
their surroundings, history, and their culture. Most of the sculptures are made
from stone only found in the Arctic region. This stone is called Soap Stone.
The Inuit’s believe that a sculpture is never completed until it
has been given away; this means that the longer the sculpture is with its carver
the more detailed it will be.The Inuit’s don’t just create
paintings; they create stories in the form of art. These stories can be either
really simple or really complex. Most of the paintings are to do with spiritual
things and the spirit world. So how does the paint stay wet in the freezing cold
weather? Well the central heating in the igloos keeps any paints and ink from
freezing.The Inuit women are extremely good at needlework. Up until
a while ago the needles were made from bone and the thread was made of animal
skin which they died different colours.
-Chloe Boughen

The Inuit play drum and do drum dance call katajjaq. If the song only includes dances, it's called aton. If the song only includes
playing drums, it's called pisik. Inuit drum dances continues for hours, a man plays drums which are made of wood and animal
skin, while women dance in a circle. Inuit do drum dances to give thanks for happy or important events.
-Jordan Wang
The Inuit’s traditionally use music only really in
celebrations such as weddings. Their songs are about people in the community,
blessings, and hardships. All songs revolve around the Inuit’s beliefs. They
also have singing competitions. Katajjaq is a singing competition between two or
more people. They sing a series of notes facing each other. They usually imitate
animals or birds. They all work together to combine their voices. This is called
throat singing. The first person to disrupt the song loses.
The Inuit’s do special dance called a Drum Dance, which they say is the most important part of music to them. The drums are made of wood and animal skins. There is a small stick inside for the dancer to hold while they beat the drum with their other hand. The Drum dance is a group of singers, usually girls who coax male dancer s into a circle. Before the men enter the circle they pick up a drum. Once inside the circle they dance and beat
their drums. The drum dance is preformed on many special occasions such as
marriage, birth, or the changing of seasons. This is the most common dance
associated with the Inuit.
-Chloe Boughen

Inuit children play games which test certain skill. Some of the girls play guitars and play string puzzles.
-Jordan Wang
The Inuit’s don’t play many games except for party games. Every game has a prize and everyone is a winner. All the prizes are gifts that have been made by one of the people in the community. Everybody exchanged gifts and sometimes you got your
gift back. It is a way to share something special with all your friends and
family. Aside from parties the Inuit’s celebrate the seasons. During summer the
Inuit’s fished, hunted, and enjoyed the long daylight hours. Life was easy and
food was plentiful during the summer. To prepare for winter the Barrengrounds
killed caribou. Other than playing party games and celebrating the seasons, the
Inuit’s like to any game that used chance.
-Chloe Boughen

Inuit are cruel in burial practice. They put the dead body of the person on the ground or in the ocean. Some even thinks it's OK for an elder to die in the snow.
-Jordan Wang
The Inuit’s main belief was that everything living and
non-living had a spirit. This was called Animism. Whenever a spirit died it
continued living in the spirit world. They had religious leaders called Shamans
who were all powerful and controlled the spirits. They used charms, and dances
to communicate with the spirit world. They also had the ability to communicate
with the spirits by wearing masks that represent animals during rituals. The
Shamans offered gifts to the spirits, for example the people kept seal bladders
and filled them with air; they then put them in the ocean as a way of saying
thank you for all the food to Sedna and to assure the seals a warm welcome next
winter. They regularly preformed healing rituals called Kashims. Kashims were
preformed partially underground and only Sharman’s knew where the entrance
was.
-Chloe Boughen

The Inuit believe that everything had a soul, and when they die their spirits enter other creatures. They also believe that there is a God in the ocean, and if you made him angry he will order all the sea creatures to stay away from the people, so they have nothing to eat. There is an Inuit legend which is passed on to later generations: There was an Inuit family, which hasn't eaten in a long time. Just at the moment they thought they were going to die, a bird landed on a rock in front of them and said "Moose, moose,moose." The family didn't believe it at first but thr bird just kept saying moose. Then finally one of them got up and went outside the igloo. He saw hundereds and hundreds of moose around him. They would survive! The Inuits moral of the story is that children shouldn't hurt birds because they can help when the Inuit are starving.
-Jordan Wang
When someone in the Inuit community
died they were laid down on the floor, but not buried in the earth. Instead of
digging a hole and burying the deceased they surrounded the body with ice or
rocks. Family still traditionally out things by or on the grave except there was
a special rule in the Inuit culture. Say you placed the deceased’s favourite
necklace on their grave =, someone could actually come and take it off. No they
couldn’t just take it and leave they had to replace it with another possession
of the deceased. SO then say you put their favourite pair of shoes on the grave
to replace the necklace. It is a little bit weird but the Inuit’s were
definitely people who liked to recycle and reuse.
-Chloe Boughen